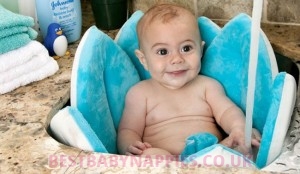 Before my son was born I used to roll my eyes at parents complaining about nappies and how difficult it was to find the right kind. I couldn’t fathom that one brand would be immensely different from another, but anyone that’s had children knows it can be a world of difference and I quickly learned just how true that was when my son turned out to have sensitive skin and was constantly irritated by the supermarket diapers we were using. It wasn’t until a friend recommended Moony nappies that I learned how different a well made nappy can be from the cheap kind.

I can’t decide what I like most about them, but I was genuinely surprised that the fit is so much better with Moony nappies. It seems like such a simple thing, but they really do cling like a second skin and since they’re so soft and comfortable it’s not 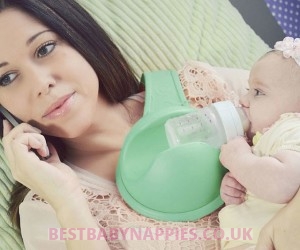 the slightest bit irritating to him. Plus, the good fit means there’s no leakage so there’s a lot less stress when it comes to worrying about him making a mess. I don’t have to think about the Moony nappies slipping off either, even if he’s pulling on them.

My friend talked about how the Moony nappies have an indicator strip that tells you when it’s full and needs to be changed and I laughed out loud. I thought it was genuinely silly, and then I started using them for my son and was utterly thrilled. It’s such a small thing but it does actually make a difference because it takes the hassle out of figuring when it’s time to change him. It’s a brilliant design element that should be present in all diapers.

The biggest difference between Moony nappies and the discount supermarket brands is the quality of the material they use. They’re exceptionally soft and designed to pull the liquid away from his skin so he feels comfortable even after he’s gone to the bathroom. It has completely eliminated his skin irritation issues and means that if I’m not able to change him immediately after he’s gone (when we’re in the car or in the middle of the night, for instance) it isn’t an issue. In fact, he doesn’t even seem to notice he’s filled his nappy.