It was a strong sense of dissatisfaction with the nappies we were using that sent me on a quest to find something better for my daughter. Like most parents that use disposable diapers, we were buying from the supermarket and going with a relatively cheap brand because they all seemed roughly the same. Our daughter had pretty regular diaper rash issues and the nappies were so bulky that they sometimes inhibited her movement ability, which was always so sad for a growing girl that just wanted to get around. When we found Merries nappies it changed everything for her.

Merries nappies are remarkably thin, almost to the point that it seems like they wouldn’t be effective. They’re actually even more effective than Pampers or Huggies, which are the two most popular brands where we live. It turns out that all that bulk in the design isn’t necessary and is apparently because they’re using cheaper materials and compensating by using more of them to ensure absorbency. 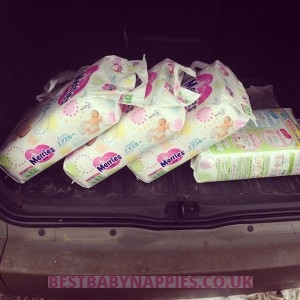 Merries are designed better so they can use less material and make it higher quality, leaving my daughter with less of that diaper butt syndrome where she looks bulky down below and ends up having a touch more trouble walking. Now she’s free and the nappy is much closer to a pair of underwear than other brands.

If you’ve ever opened a new diaper and noticed that faint but gross chemical smell you’ll be pleased to know that Merries pants don’t suffer from that issue. It’s a treat for your nose when you open one up and there’s really no smell at all. It doesn’t make a huge difference, but it feels so much nicer to be putting something higher quality onto my daughter.

The complete lack of leakage is my favorite feature of Merries nappies. They’re designed with an expanding pocket that holds her pee, even overnight so she doesn’t feel any of it against her skin and remains dry and un-irritated while she sleeps. In fact, she began sleeping through the night shortly after we made the change and that meant my wife and I could sleep too.